Description:
Virtuleap offers a library of brain training games through Enhance VR (its game distribution platform and performance tracker); Hide and Seek is part of that library, and was designed to train the player’s audio spatial orientation.

Gameplay:
In this game a robot hides by making itself invisible. Once hidden it will start to emit some sounds and the goal of the player is to hear the robot’s voice, which is spatialized 3D audio, and use his auditory senses to identify its location.
For identifying the sound source the player should point with a revealing device attached to the hand controllers and shoot in the direction of the sound.
If correct, the robot will be revealed, to hide himself again and again, in another spot around the player’s area (always in the same hemisphere and with the same distance to the player).
In harder levels we also have distractor sounds playing at the same time the robot is and the player should continue to locate and shoot in the direction of the robot’s sound. 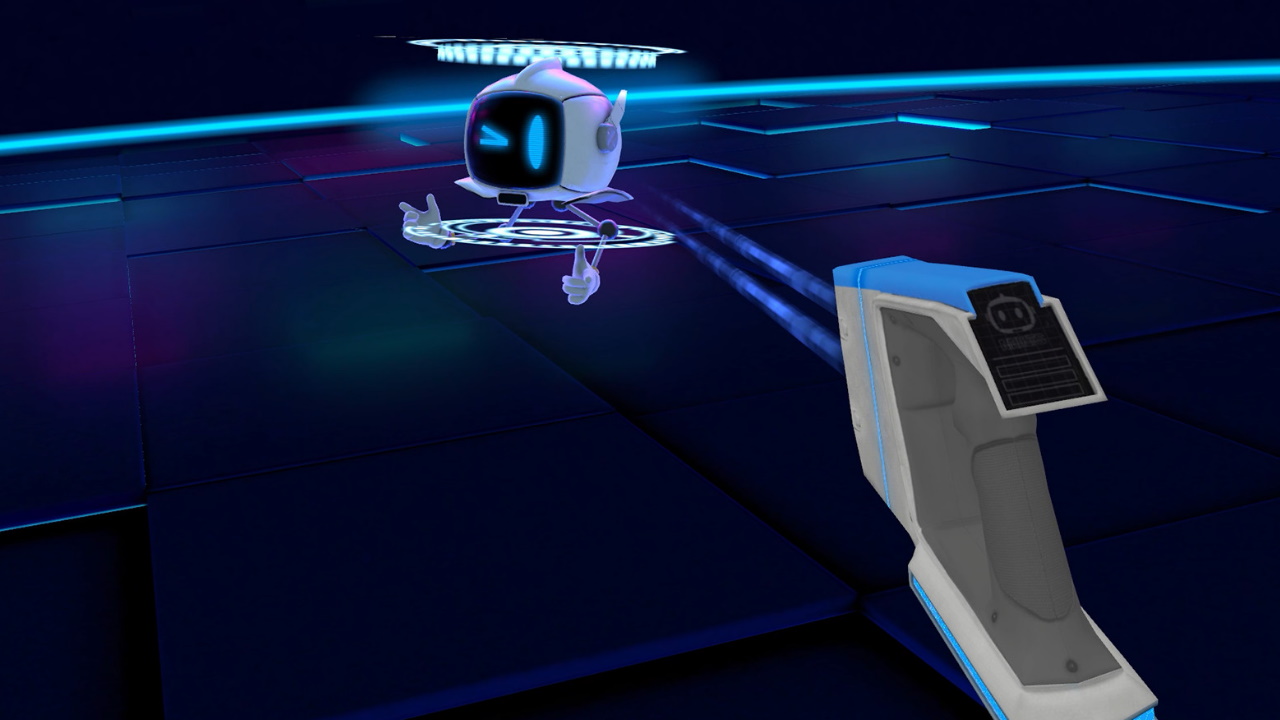