About Odd Egg:
Virtuleap offers a catalog of brain training games, through Enhance VR (its proprietary distribution platform and performance tracker), that test and train various cognitive functions.
Odd Egg is part of that catalog. It was designed to test and assess deductive logical reasoning (which is the ability to infer and apply rules from the available information and arrive at logical conclusions to solve a task).

Cognitive Science:
The motivation from this game comes from the cognitive assessment test for deductive logical reasoning Odd One Out (sometimes also referred as Odd Man Out).
The original paradigm consisted of deciding on a singular feature, which one of two lights was further away from the central third one. Other versions include graphical depictions with changing features (arrays of three images). The rule has to be inferred from these and select from a set of possibilities the correct option.
Finally, other variations of the Odd One Out require to deduce from a set of shapes / groups of shapes which one stands out (is different from all the rest) from the several features that the shapes have (color, number, etc).

Gameplay:
Every round, the player is shown a set of 5 procedurally-generated eggs; the player can pick them, observe them, and has to deduce which one has unique (relational) features.
To promote actual skill transfer, and avoid user habituation, the egg generation not only randomizes the eggs’ features but also randomizes which set of features are randomized. 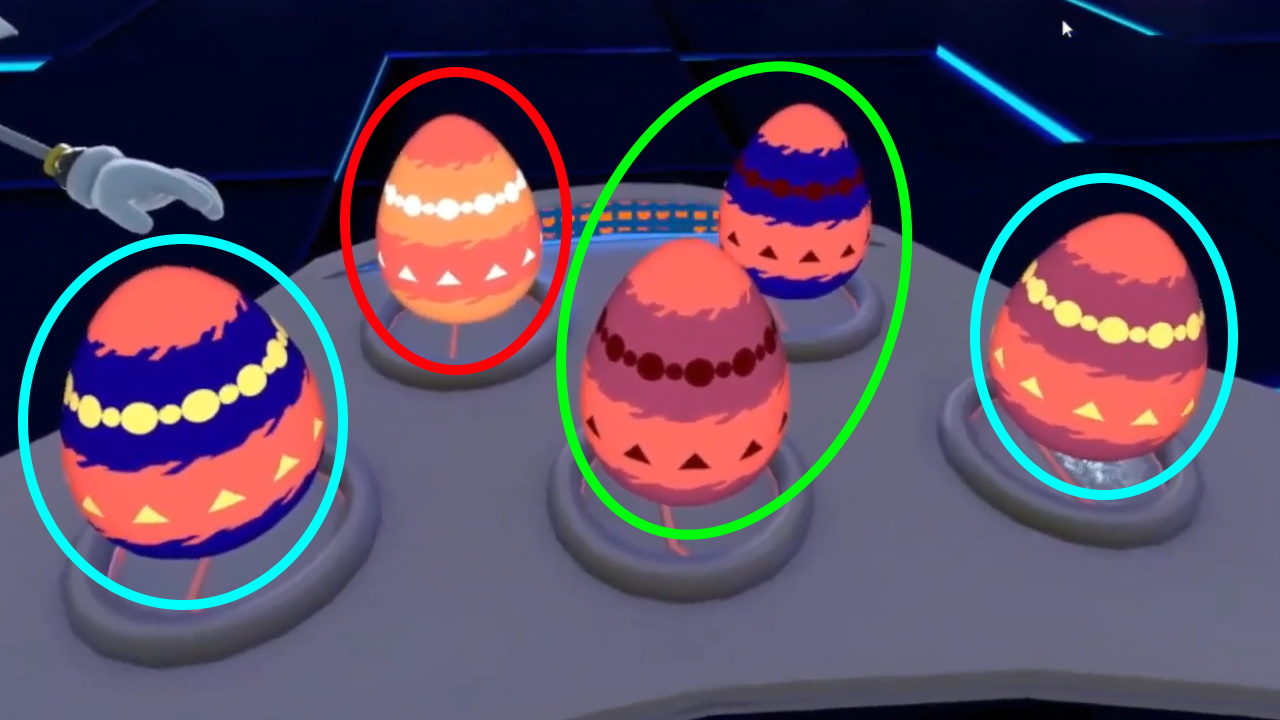 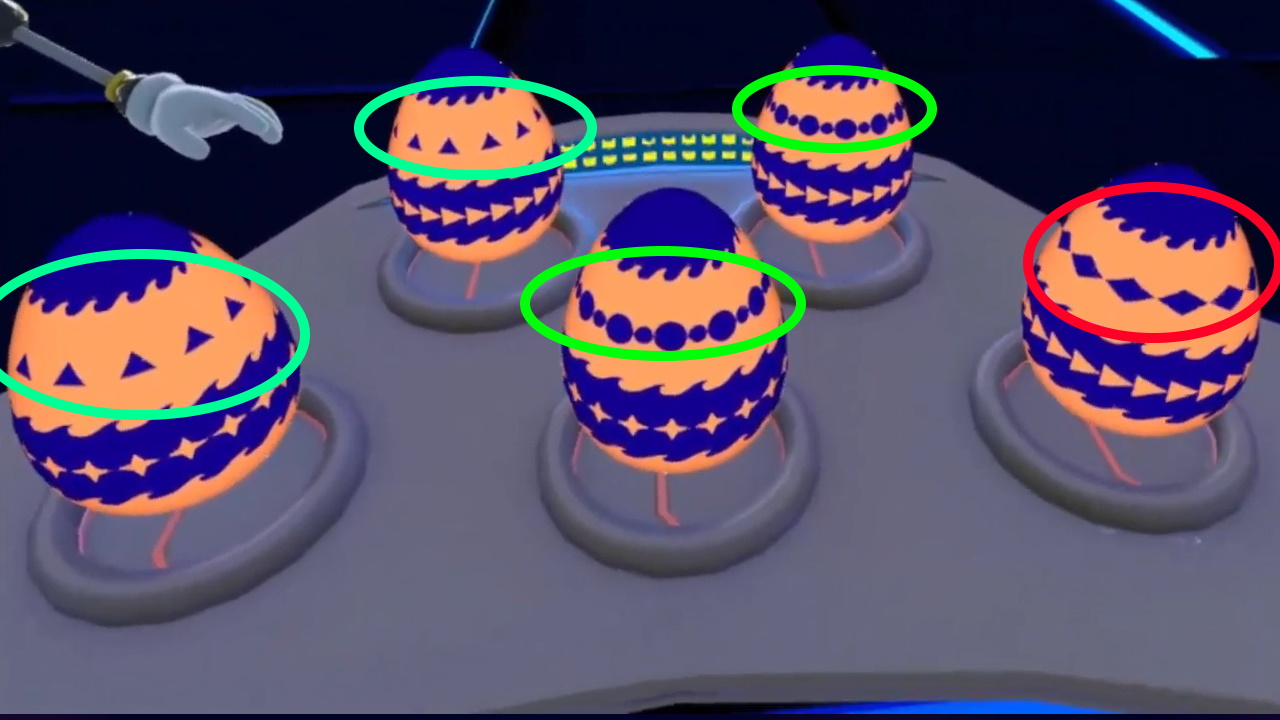